The Trouble with Photos

On Sunday, my friend J from university drove down to visit me. We went out to the barn which was his first time interacting with horses. J has a fancy camera and an interest in photography so he volunteered to take photos of my ride, I happily agreed!


As I'm sure you've noticed, most of my media consists of poor quality blurry video screenshots so I was excited for some good photos. The problem is, they aren't "good" the way I wanted them to be. J gave me 162 jpg files from my ride. The photo quality is great: properly focused, centered, fast shutter speed so no action blurs, enough megapixels to be able to zoom in without losing the quality, etc. However, they don't show the nice picture I was hoping for.

Problem 1: Reality
There are some things that a photo can't lie about. I cringe when I look at my position in several of the photos. Either I am leaning forward, have my leg too straight, or am doing weird things with my hands. While this doesn't make for photos that I want to share everywhere, it does give me good feedback to improve my equitation (#1: sit the heck back!). Another thing that the photos show is that Kachina was opening her mouth a lot more than I thought, especially at the canter. Kachina used to gape with her mouth a lot but I thought that issue was mostly solved now; apparently we still have some work to do (Kachina's mouth thing is something that I've talked about before, it's a tension thing, not a contact thing or discomfort thing. I promise that I'm not yanking her face off, but some of the photos looked like I was so I couldn't bear to post them and the photos in this post are somewhat carefully selected). Problem 2: Timing
I could see J holding his camera during my whole ride so I figured he was taking photos evenly spaced throughout. It turns out though that he took the majority of the photos early on. In hindsight, this makes perfect sense from a non-rider perspective; he captured me walking, trotting, and cantering, and after that he figured I was just doing more of the same. The quality of the work was a lot different from start to end though. Kachina started out fairly tense and it took her a while to focus, but she felt really good by the end of the ride. I believe that my riding and position would have been better towards the end of the ride as well (I automatically revert to my bad habits when I feel Kachina tense). I'm especially bummed that there is zero photographic evidence of the amazing stretchy trot that Kachina gave me right before our cool-down.
The other part of timing is related to the exact moment. As riders we all know that certain moments of the stride look better than others. In a video we can screenshot the right moment, but that's much tougher when taking photos. A lot of the photos from Sunday aren't at the best angle or moment to get a representative idea of the quality of her gaits.

I'm aware that I'm complaining about the firstiest of first world problems. I really appreciate J taking photos for me. His photos are technically awesome, and there's no way he could have known what a good moment is supposed to look like from a dressage perspective. It's also nice to have some canter photos since I don't have many of those. I'm just sad that the photos didn't reflect the good work that I felt during my ride that day. I really hope there are some show photographers at the shows I go to this year (and that we can look our best in front of them). 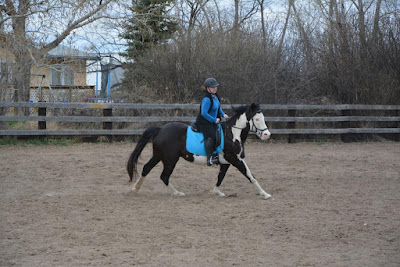 I've seen so many great photos on other blogs, how do you get those? Are all your photos naturally amazing or are there a lot of outtakes for every good one? Do you have magic photo fairies held hostage in your tack rooms (if so, how do I get me one??) 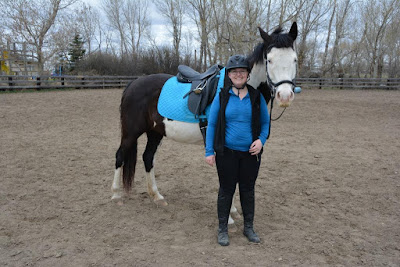