Yesterday Kachina saw the chiropractor. This was a first for both of us.
(Disclaimer, because chiropractic care is new to me, take all my descriptions with a giant grain of salt)


I've mentioned before that Kachina has a tendency to open her mouth and twist her head. She does it when I ride, but she also does it in a halter, so it's not a bit problem. I've had two different vets and an equine dentist look at her and they didn't find anything. It may just be a behavioral thing, and if it is, that's fine. However, I want to fully rule out any pain or physical reason, so I figured chiro was worth a shot.


We hauled to the local rodeo grounds to meet with Dr. A, who is both an animal and human chiropractor. I learned my lesson with the equine dentist, and did a full check of her qualifications and what they include. Dr. A has a huge amount of training under her belt and has the certification that actually means something. She also is firm in her opinion that chiro must go hand-in-hand with vet care, it's not a replacement for vet care, I appreciate that.


I expected that the session would take place in a stall, but we ended up doing it in the open space outside in front of the barn. That meant my hands were pretty full holding Kachina so I wasn't able to take any photos.


Kachina was pretty well behaved, she didn't seem to mind anything the chiropractor was doing. However, standing is not her forte and so there were a few times where she moved off and some circling was required to get her to stand again. Dr. A didn't make a big deal out of it and was patient which I appreciated.


Dr. A started by rubbing some pressure points on Kachina's hindquarters which immediately made Kachina lift up her whole back quite dramatically. Apparently she showed good reaction and range of motion. Dr. A then started work on the back end of her spine. She explained that Kachina was pretty good in the lumbar area, but was off in her sacrum. Her sacrum vertebrae were apparently tilted to the side, which allowed her to spine to bend right but not left (this would match up with Kachina's tight and loose side while riding). She did some adjustments there. Kachina was also apparently quite tender in the tail head. After working on the back end, Dr. A moved forward. No issues were found in the mid-back or shoulders, and just one adjustment was needed in the withers.


Dr. A then came right up to the head and worked the rest of the way back from there. Kachina was out in her C1 vertebrae so that was adjusted. It sounds like with poll issues, the C2 vertebrae plus something in front of the C1 can also be out, but with Kachina it was just the C1 so that's good. Dr. A then got Kachina to bend her neck in each direction and she found something out in her mid-neck. 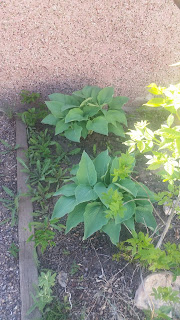 Dr. A finished by doing a tail pull and putting pressure on her jaw in a way that is relaxing for the horse. Kachina must have thought it felt good because her eyes started to droop and it looked like she was going to fall asleep!


The overall verdict as I understand it, is that the mid-neck and C1 issues could explain her weird mouth opening. The front end issues are probably a result of her overcompensating for the sacrum area being out.


After the adjustments, we were standing there chatting and Kachina had 6-7 big yawns back to back so it seems like the chiro work did something for her. I'm going riding this afternoon so I'm interested to see if I feel any differences.


Dr. A has a policy that for first-time patients she likes to do a minimum of 3 appointments, so we'll be going back next Tuesday for #2. My plan is to do the 3 appointments and see how that goes. What I'm not sure of is how often follow-up appointments should be going forward, or if follow-ups are required, any suggestions?